I wanted to detail more specifically what I want to accomplish, outside of the call for written interviews.

Gay and Lesbian Memory in Action is the premier organization devoted to showcasing and archiving stories of LGBTI individuals who have often been erased or ignored in South Africa. They have an extensive archival collection, which I will be consulting at length, primarily from November 16th to November 20th. 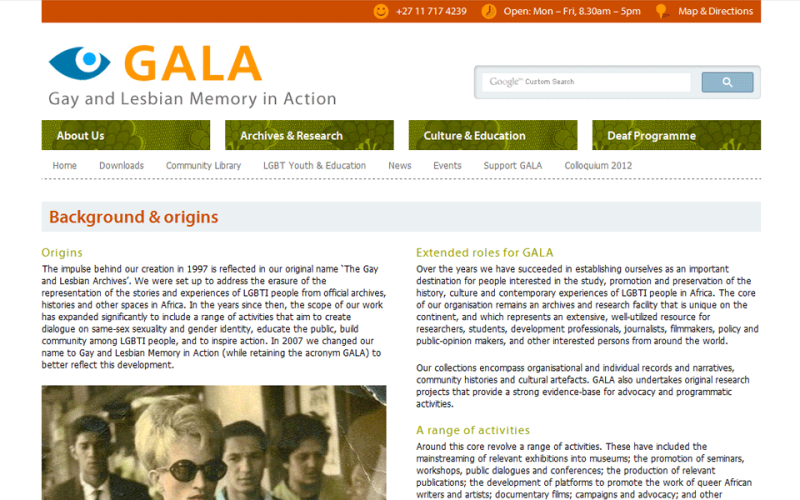 One of the more remarkable holdings are all of the files related to Simon Nkoli. In 1983, he helped form the first Black LGBT group in Johannesburg. He would later organize the first gay pride parade in South Africa in 1990, and he was one of the first gay activists to meet with Nelson Mandela. He also organized the Positive African Men group to provide support for Black gay men living with HIV. He died of AIDS-related illnesses in 1998.

At GALA, I will specifically be exploring:

These materials specifically relate to key moments in his life: the Delmas Treason Trial, where Nkoli was imprisoned for charges related to his anti-apartheid work; his work organizing multiple activists projects, including Township AIDS Project and the Positive African Men’s Project; creative writing; an interview on Nkoli’s use of anger in direct action politics; and a series of documentation surrounding his memorial service. These speak to his local and international influence, and the intersectional political activism that defined his life.

South African History Archive was founded in the 1980s by anti-apartheid activists and is established to document a series of political struggles that central to understanding South Africa in 2015. I will be using this archival space from November 23rd to November 26th to look at Treatment Action Campaign, and the activism of Zackie Achmat and Jack Lewis.

Treatment Action Campaign was founded in 1998 by Achmat, and many of their continued activist tactics mirror similar actions by ACT UP in the United States. Their success at getting countrywide (free) access to antiretrovirals despite denial by the government was a tremendous example of how powerful direct action can be. They were also never afraid to shy away from anger as well, which will be a great help in shaping my talk in January at the Bureau of General Services-Queer Division.

We The Brave is an innovative, visually savvy program targeted to men who have sex with men in South Africa run by Anova Health. They share weekly stories around sexual health, HIV and risk reduction. They also offer anonymous counseling/support, and provide information to gay-friendly clinics and other resources. I will be speaking with them to learn more about the inspiration behind the program and learn more about the challenges and successes they’ve had already. I will also speak with them about design for this project, as it’s unique to have such a contemporary and smart design in HIV/AIDS prevention and treatment services.

I will be taking a day trip to Pretoria (about 50 minutes north of Johannesburg) on November 27th to meet with clinical nurses and administrative staff at OUT South Africa. OUT is dedicated to working with primarily lower middle class LGBTQ folks to provide healthcare services (including for transgender individuals), organize safe space meetings, and conduct research to provide manuals and reports that offer public health policy suggestions.

Their clinical nurses will be able to offer perspectives on treating an under 35 LGBTQ demographic at the clinic, so I can ask directly about fear or stigma and its impacts on testing and treatment. 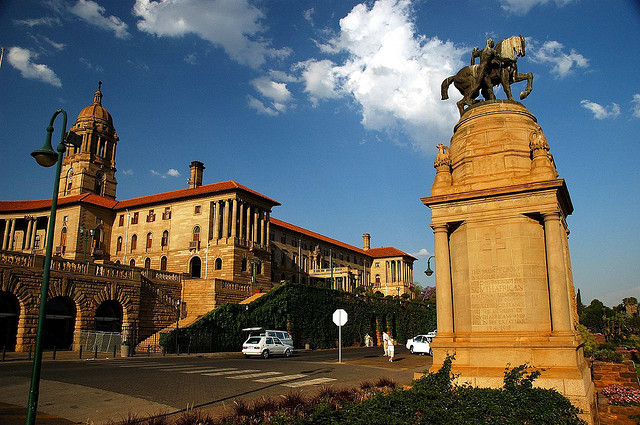 In Cape Town, after a hectic two and a half weeks, the pace ease significantly. Here I will no longer conduct archival research but will instead concentrate more on directly working with organizations, ideally in some volunteer capacity. Treatment Action Campaign is based out of Cape Town, but the organization I’m most interested in is the Triangle Project, which has its origins as far back as 1981, making it the oldest LGBT human rights organization in the country.

It’s unique in offering support groups for lesbian and bisexual women who are HIV positive, for young men who have sex with men under 30, and for parents of LGBTQ individuals. I want to talk with organizers who work with these different populations to understand how needs vary around HIV and sexual health, and to also get a sense of how homophobic and anti-trans violence affects health of LGBTQ individuals, even among those under 35. I also hope that their connections with the outlying townships can get me some perspectives outside of the city center.

As always, if you have any kind of story to share or have a suggestion to provide, don’t hesitate to reach out to me.

I am committed to building out an educational platform related to HIV/AIDS and sexual stigma for queer folks under 35.